Since 2016, the Proteomics Core significantly impacted research within Vermont and neighboring states. The Core’s users have grown from 38 in 2006 to over 150 in 2019.

We have fostered a robust culture of research in Vermont. The Core participated in the education (lectures and hands-on data analysis) of over 300 undergraduates at the University of Vermont and through a two-month proteomics module at our Vermont PUI, in addition to supporting a class from SUNY Plattsburg. 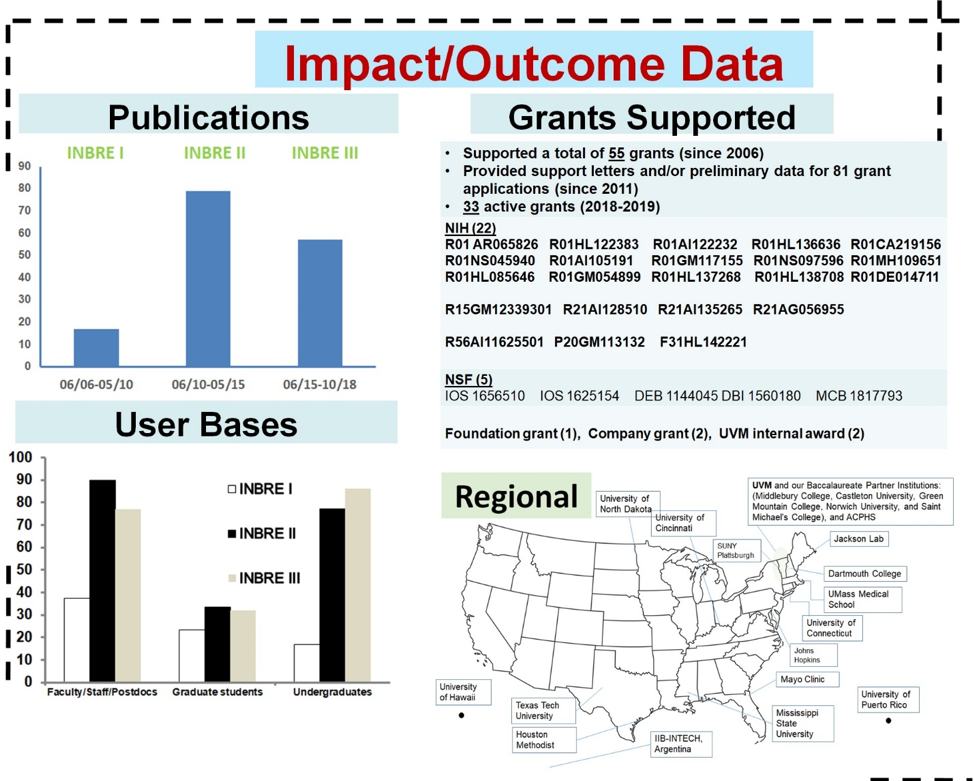